Plot: John Wintergreen (Blake) is rookie Arizona motorcycle cop, whose big aspirations of getting promoted to Homicide frequently drive his fellow officers and superiors insane, only for him to be granted this wish following the mysterious murder of a hermit.

Review: This movie is the kind of film that you stumble across on some late night channel, usually after having staggered in drunk and knowing that to go bed, will only mean spending the next few hours holding onto the side of the bed, as it flies around the room. It’s also in this state that you usually feel that Kebabs are suddenly a good source of food, which really brings into question how good a movie this really is, especially as most of the people who seem to have enjoyed it, were usually in the fore mentioned state when they saw it.

“Electra Glide In Blue” can be best described as a modern western, something only enforced really by the barren environment in which the film is set and a belief certainly shared by Cinematographer Conrad Hall, who was keen to shoot the film in the same style as John Ford’s westerns, which lead to a clash with director Guerico, who finally agreed to let Hall shoot the exterior scenes in this style while Guerico got to shoot the Interior scenes any way he wanted, which means that occasionally, the film does suffer from extreme changes of style, with the sweeping panoramic exterior views and the more grimy interior shots, but it does make it easy to understand why Wintergreen feels so frustrated, with having to work in this environment especially when his fellow officers such as his best friend Zipper (Bush) prefer to spend their time slacking off and harassing hippies, with Zipper especially taking a particularly hard nosed attitude towards them, even planting evidence on one hippy whose van he has just searched, which makes me wonder what it is about desert cops and their frequent disregard for protocol, especially when Zipper spends most of the film reading Comics in the shade, rather than actually doing any work.
It is through the murder of a hermit that we are introduced to Detective Poole (Ryan) who from the outset seems a man of similar mindset to Wintergreen, but who he soon finds is none to dissimilar to the officers he had previously been working with, if not with a memorable scene involving Poole brutally interrogating a bunch of hippies, who had previously lied to Wintergreen about knowing a suspect and it’s these scenes which at times verge on almost shocking that we see Wintergreen beginning to indentify with the these hippies more than his fellow officers, even more so as the sheen of working in Homicide is slowly worn away. It’s also during these scenes that Ryan really shines, even more so when he discovers that his waitress girlfriend (Riley) has been secretly sleeping with Wintergreen, leading to a crazy contest between the Riley and Ryan’s characters which towards the end I kind of shocking and certainly felt reminisant of similar scenes in “Blue Velvet” (1986).

Despite being a desert western in style, it is certainly not the most action heavy of films, with the whole film, much like Tarantino’s “Death Proof” (2007) feeling like the build up to the fantastic motorcycle chase sequence towards the end of the film, in which every crash and fall is emphasised by the film being slowed down noticeable, allowing the viewer to full appreciate each bone crunching second of impact of this crash porn, even going to far as to suddenly cut out the music, when the film switches into one of these moments, before suddenly blasting it back in, when the film returns to the chase and it was this scene which almost made up for the rest of the movie, which I found to be dialogue heavy, which wouldn’t have been a problem, had it felt as if any of the characters had anything interesting to say, with at times scenes of dialogue feeling over stretched and un natural, which was certainly not helped by often unnatural pauses between characters or them painfully dragging out their words, which is none more noticeable than in the scenes between Wintergreen and Zipper.
Another aspect of the film I never understood, was why they make the Wintergreen’s height such a selling point on the film, when it is barely touched upon or mentioned in the film and certainly doesn’t prevent him from carrying out his duties and it’s not like he is a midget or something, which might have made this film slightly more enjoyable viewing for me than it was, however if it does have an ending which did leave me actually kind of shock, in the same way that the ending of “Easy Rider” (1969) did which it felt certainly the most similar to, especially seeing how it is so unexpected, even more so when director Guerico has already given the audience one shocking climax, which would certainly have been enough to wrap up the film, only to pull out a second and certainly more abrupt and shocking second ending, which some might argue feels a little unnecessary, but to myself it felt more as if Guerico was trying to point out in much the same way that Rob Zombie certainly enjoys doing with his films and who has also been quoted as being a fan of this film especially, that nothing in life is as black and white as it seems.

“Electra Glide In Blue” might be seen by many as over looked cult classic, while I personally found little to keep my attention and as good as the chase sequence is, there is little to keep the audience attention, which could also be said for Tarantino’s “Death Proof” a movie which I keep feeling the need to compare this film to, but unlike that film, the dialogue constantly fails to hold the attention of the audience, meaning that most will have probably have given up before the stand out chase sequence, which as I mentioned earlier it does feel that the film is one big build up for. Perhaps its my dislike for the western genre, which accounts for my lack of enjoyment with this film, but I would certainly not be in a hurry to watch this one again.
Posted by Elwood Jones at 02:16 6 comments:

The Death of Bunny Munro 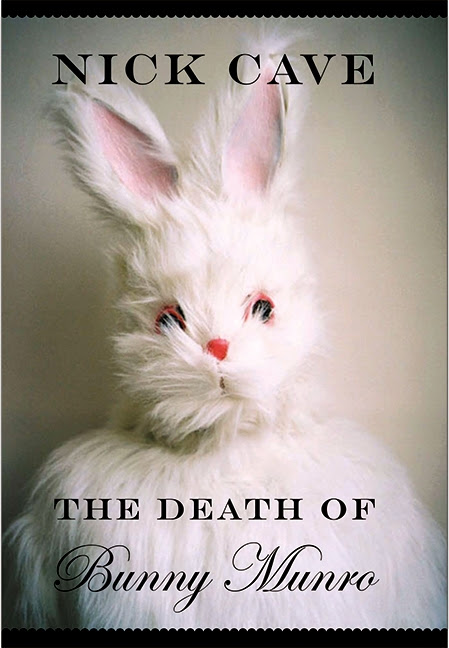 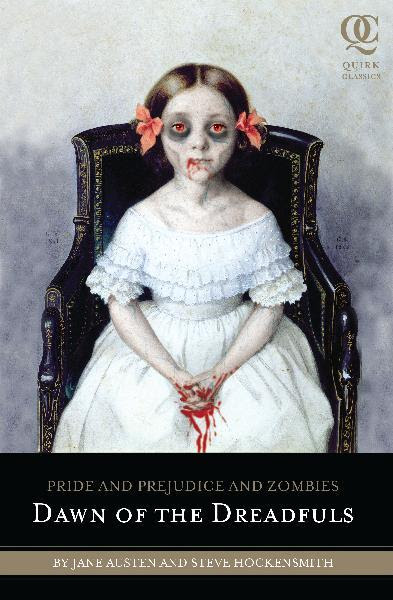 Before I begin this latest entry, please let me first apologise for not posting anything for a few weeks, which was mainly down to recently getting married (photos to follow for those interested) and before I head off today on Honeymoon, I thought that I would just quickly post about the latest title in the "Quirk Classics" series, which I have been following pretty much since the release of the hit and miss "Pride and Prejudice and Zombies", which combined the Austin classic with flesh eating zombie hordes and ninjas a mix which would work in places, but by the end felt as if the joke had been stretched too thin. Their follow up "Sense and Sensibility and Sea Monsters" worked a lot better, with it's 70% new material, 30% Original material blend which gave me the impression that Quirk Classics might have learned from their mistakes of the first crossover, which helped see the sudden release of more than a few similar themed titles, as other publishers all rushed out their own Zombie infused crossovers with mixed results, in pretty much the same way that Stephanie Meyers' "Twilight" saga saw a huge increase in the number of Paranormal Romance titles being released.

Now Quirk Classics are back with the third title in their "Quirk Classics" series with "Pride and Prejudice and Zombies: Dawn of the Dreadfuls" which has been given a release date of March 23 2010, and seeing how they have once again sparked my curiosity, just about gives me enough time to get through Don Delillo's epic 900+ page novel "Underworld" which I'm currently reading.

Returning once more to Regency England, this latest novel will be a prequel to the original "Pride and Prejudice and Zombies" introducing the reader to Elizabeth Bennet before she became the seasoned Zombie Hunter of the first book, with this prequel being set at the start of the Zombie plague and long before the dead began roaming the English countryside. Seeing how this book is a prequel it will also be the first time in the series that a book is being written from scratch, with only Austin's original characters, being the sole connection to the source material.
Original writer Seth Grahame-Smith has once again chosen not to return, instead currently busy writing "Abraham Lincoln: Vampire Hunter" with Quirk Classics bringing in another new writer, to continue the series in the form of Steve Hockensmith, who is best known for his Sherlock Homesian westerns, which star two cowboy brothers solving crimes using the methods of their hero "Sherlock Holmes".

I have to say that I am surprised that Quirk have chosen to do a prequel, rather than adapt another classic, as I never felt as if “Pride and Prejudice and Zombies” needed one, having got my fill with the first book and I was looking forward, to seeing them turn their attention away from the world of Austin’s novels which it seems I may have to wait a little long for, though I can’t help but feel at the same time that this is Quirk trying to make up for the mistakes of their first book, only to emphasise the parts which were wrong with it to begin with I.e the need the to cram in ninjas!! Still as I wrote already I will no doubt be looking at this book when it’s released next year and finding out whether Zombies and Austin is a mix that will ever work.
Posted by Elwood Jones at 21:59 3 comments: