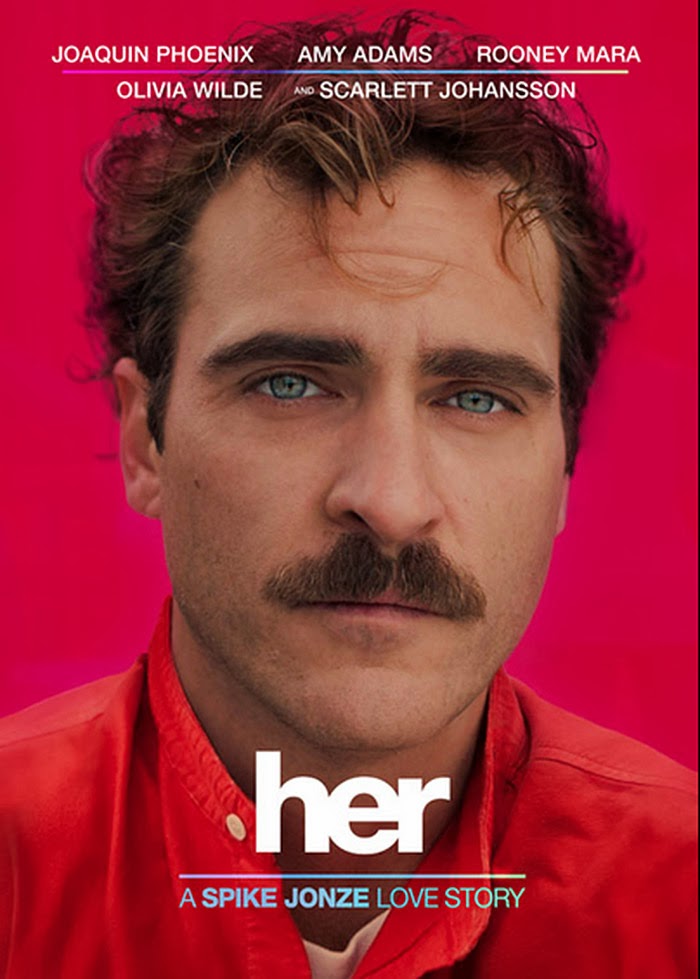 
Review: Has it only been four years since Spike Jonze’s last film? No doubt for those of us who skipped over his adaptation of “Where the Wild Things Are” it would mean eleven years since he has graced a cinema screen with his unique world view. This is not because he has been not working, as a quick glance at his IMDB page over further reinforces the fact that he is still one of the hardest working directors out there, as while he might not have been directing features, he has still been racking up credits either producing projects like “Bad Grandpa” or directing music video and short films, while still finding time to direct more skate films and even put in the occasional acting role. Now though he has finallyreturned to bring us another truly original vision, which is equal parts sci-fi and surreal romance.


Okay true the plot might be alittle.....oh all right it’s batshit insane, but trust me when I tell I tell you that it is also a surprisingly touching and sweet story of a very unique relationship, but it is still a highly accessible film, but then Jonze has always been the kind of director who can take a truly out there premise and lead an audience through these frequently surreal with none of the confusion which they may get from similar cinematic journeys in the hands of a director like David Lynch, Lars Von Trier or perhaps Alejandro Jodorowsky. So instead what you get here is a sweet love story, only instead of one between two people, it is instead about one between a man and a program.


While the fact that such a premise actually works is surprising enough, what is more suprising is the low key performance from Phoenix who once again reminds us of his range, as he grows a questionable moustache and truly gives the performance of someone whose world has been crushed with the failure of his marriage. Now he lives solely for his job where he spends his day ghost writing letters between couples in a role which also serves as his sole emotional output, for away from the office he has created a cocoon of solitude, while mainly spending his evenings putting off invites from his few close friends or playing video games. Needless to say the arrival (or should that be purchase) of Samantha soon turns out to the solution to Theodore’s problems as she helps not only to life him out of his slump, but to break out of his comfort zone aswell.


Needless to say Johansson is perfect for this role which is essentially one of a glorified narrator, as her sultry tone, always one of her best features really comes into play here and in many ways not making it too surprising that the relationship between Theodore and Samantha grows as naturally as it does. It is equally worth noting that Samantha is not like Suri which from the synopsis she might sound and leading some critics to brand this film “Suri: The Movie” aswell as drawing immediately comparisons to the episode of “The Big Bang Theory” were Raj starts up a questionable (one sided) relationship with his phone. Samantha is instead the equivalent of having a real person on the other end of the phone ready to answer your every whim. Even more intresting is that Samantha with constantly evolving the more contact she has with Theodore, while able to access any part his life that uses a computer, so allowing her to read through his e-mails and work all the while adjusting her personality and molding herself essentially into the perfect (if formless) woman.


Of course the idea of embarking on a relationship with a woman who is solely a voice is always going to be a challenging one, but a question certainly asked here while certainly pleasing those who were wondering how the subject of sex would be handled, which in this case starts of predictable enough with enthusiastic phone sex, which certainly comes off a lot more normal than the phone sex he has with supposed humans, especially as it doesn’t involve the use of a dead cat as one memorable encounter includes.


Needless to say these are all puzzles which Jonze takes great delight in finding inventive solutions for, with sex with a formless girlfriend being seemingly resolved via the use of a body surrogate, in possibly one of the more unnervingly surreal moments of the film, as the surrogate responds to what Samantha is playing out. The result is unquestionably uncomfortable viewing with Phoenix almost tapping into the audience psyche with his awkward reactions to what essentially someone playing a living doll.


The relationship between Theodore and Samantha however goes a lot deeper than awkward phone sex as their relationship plays out like any movie romance, especially as Theodore confidence continues to grow and he stop questioning just how normal his relationship is, especially as he soon learns that he is not the alone in this situation, while Jonze almost teases the idea of such a relationship becoming as normal as any other relationship, though saving a cold reality of how one side truly views the relationship for his finale which while certainly providing closure still felt like it had been pulled out of nowhere.
The world of “Her” could be best described as near future for while it comes with a lot of technical advancements,  which build on many things which already dominate our day to day lives such as mobiles and tablet computers. At the same time though this is not so far in the future that it is unrecognisable. What Jonze does here is to simply exaggerate them.  At the same time with the relationship at the heart of the film, he could almost be seen as questioning society’s current love with technology, would it be such a leap that if given a the option of technology being developed to save us the disappointment and potential heartbreak of the dating game that some wouldn’t take on such an opportunity. Most of us live off our phones or computers to cover most aspects of our lives, so why not your relationships aswell?
Clearly in the time between films Jonze has lost none of his quirky style and here it shows even if this is one of his more straight forward films. I can only hope that the wait until his next film isn’t so long as cinema clearly still needs visionaries like him, if only to shake things up.
Posted by Elwood Jones at 21:58