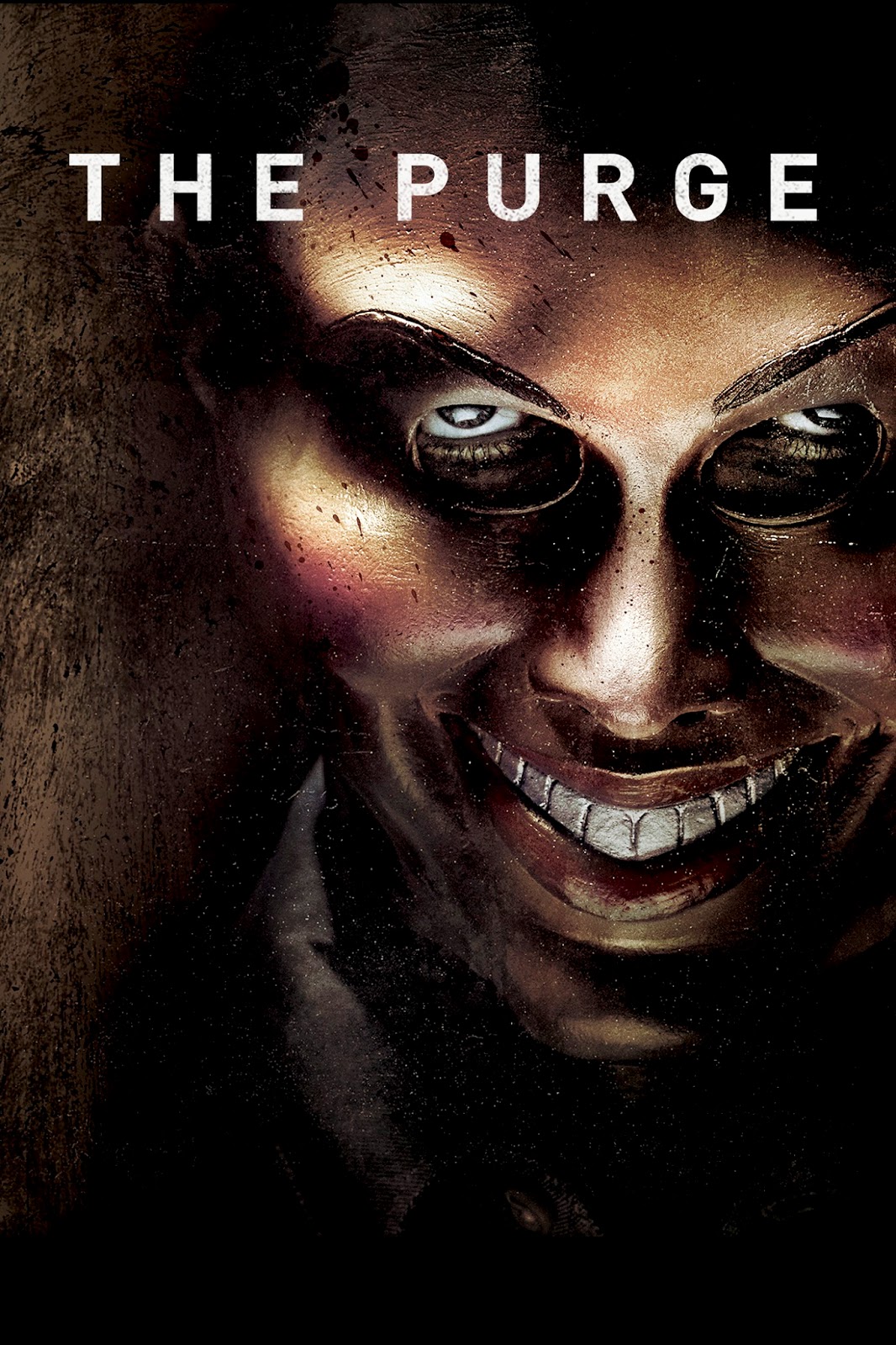 
Plot: In the year 2022, America has become a nation reborn under the New Founding Fathers of America and while the country enjoys an all-time low for crime and unemployment rates, this new government has also instituted an annual 12-hour period called “The Purge”. During this period all criminal activity is legal and a period which security salesmen James (Hawke) and his family choose to hide out in their heavily fortified home. However when James son Charlie (Burkholder) lets a bloodied stranger (Hodge) into the house, the family soon find themselves the target of a group of masked killers eager to claim the stranger for Purging.


Review: Once again I find myself throwing my hands up in despair as I’m faced once again with the conundrum over if it is truly possible to have a horror film which perfectly balances style and substance, especially as I’m now in the same position I was after I watched “The Strangers”. A film much like this one in that both are essentially stylised but ultimately hollow home invasion thrillers, let alone the fact that both featured being killers in memorable masks.


Taking a break from remaking classic horror films this film is one of the rarer original projects to come out of Michael Bay’s “Platinum Dunes” production company let alone one with an intriguing premise, one perfectly outlined in the government broadcast announcing the start of the 12-hour purging period, were crime from murder and theft through to more shockingly rape is all legal. Despite the illusion of a crime free for all this projects, the government brief is equally keen to stress that Government officials cannot be targeted much like the usage of weapons above class 4 which I guess is to ensure that you don’t get some looney with a nuclear device running around. Much like the “Battle Royale Act” which was used to control the out of control youth. The Purge is used by the government as a way for society to resolve its overwhelming issues, which in this case is the need to vent frustrations and deviant behaviours, with the belief being that by providing this release only helps this new society grow stronger, though at the same time it is hinted that it is also a way of weeding out the poor and those who could be seen as causing a burden on the economy and resources, especially when unlike the rich they are not able to hide out this period.


Meanwhile on the other end of the scale James and his wife Mary (Headey) might not have to worry about the Purge as they hide away behind the illusion of security provided by the steel covers and security cameras, they are instead left to ponder over the moralistic questions their children pose them over their choice of choosing not to Purge, let alone the wealth which their father has amassed selling security systems to the rich to protect them from being potentially purged. Needless to say these questions being posed by the children are the least of their worries seeing how both of these irritating kids mange to spearhead most of the major issues the family have to face, with the eldest child Zoey (Kane) smuggling her boyfriend into the house before lockdown, while their son Henry (Oller) is easily the most irritating character in the film, while easily to blame for causing most of the families issues, seeing how he is also responsible for letting the stranger into the house.


This terrible twosome are easily the biggest frustration about this film and frequently had me wondering what the law was concerning purging your own family members? So with this never being a possibility, we are left instead with the increasingly moronic decision that their actions frequently lead to, much more when they frequently have a habit of disappearing at the worse possible moments. Needless to say this film would certainly have been greatly improved without these characters or perhaps by getting better child actors.


The main threat the family have to contend with though is the group of masked purger’s whose masks have already become an iconic image of the film, which is especially true of their nominated leader, known solely as Polite Leader (Wakefield). As per his name this leader remains calm and polite throughout, even shooting one of his followers when they suffer an outburst. Needless to say despite his insistence that the family won’t be harmed if they give up the stranger seeking refuge in their house, Wakefiled plays the role with such a sinister edge your never sure how true his promises are, let alone the fact that he manages to come off even more creepy without his mask. One of the stronger parts of the film, Wakefield’s character is sadly underused and left to mainly threaten the family through the shutters and never really gets chance to really do much beyond this.


While the costuming is unquestionably memorable, especially with the Polite Leader’s group with their almost uniform styling, this ultimately is all surface gloss as the film plays out like a less tense version of the far superior “Panic Room” combined with a few scattered moments of home invasion horror throughout, though none played with any kind of tension or horror, even though getting to see Hawke finally going postal on the home invaders is fun if frustratingly cut too short when it just gets going. Despite its setup promising unbridled chaos and anarchy these home invasion moments and the selection of CCTV footage which makes up the opening credits, though honestly this wouldn’t matter much if there was any kind of real suspense to hold your attention, which sadly there really isn’t and what scattered moments you do get are essentially stomped over by the antics of one of the kids.


Despite a great concept it sadly is never used to full potential, but seeing how movie goers are attracted to cool visuals it has meant that a sequel is already heading our way soon, while baring more of a wiff of similarity to the plot of “The Warriors” it would seem. Could this be Bay’s way of secretly pushing through his ideas for his long mooted remake of the cult classic…I guess we will have to wait and see, though hopefully it will learn from the mistakes of this film and give us something alittle more substantial than a fancy shell.
Posted by Elwood Jones at 00:59