A Fistful of Gojira Part 5: Godzilla Vs. Destroyah 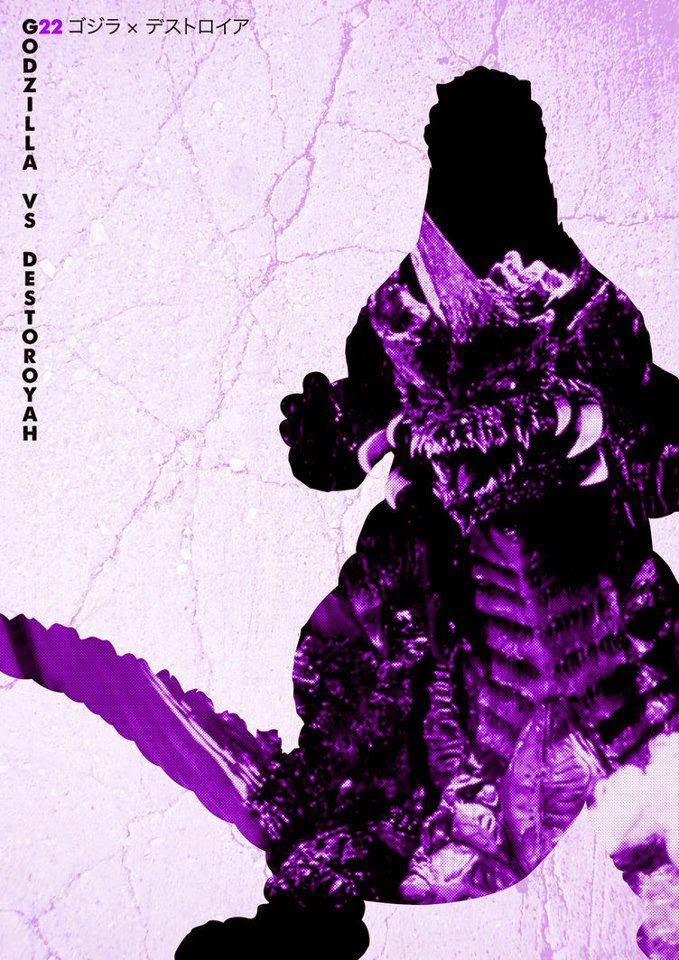 
Plot: When Godzilla suddenly appears in Hong Kong with strange lava like rashes, the Japanese Self Defence Force (JSDF) are quick to launch into action as they fear that Godzilla’s body is going to meltdown. Things only get worse when the effects of the reconstructed Oxygen destroyer which killed the original Godzilla has now caused a colony of Precambrian organisms to mutate into monstrous crab-like creatures, which soon bond together to form the monstrous Destoroyah.

Review: Originally intended to be the last Godzilla film until 2004 when the franchise would celebrate its 50th anniversary, the news of Toho’s plans to kill off the company’s biggest export unsurprisingly made news around the world when it was announced. These plans were also intended to provide the 1998 American remake a clean slate to work from and build their in their intended trilogy. However as we all know now that remake would be greeted with much disappointment from both fans and critics alike leading to the plans for an intended trilogy being scrapped.


Unquestionably it is was a big responsibility that director Okawara was tasked with here especially considering how beloved Godzilla is, even despite the fact that he was still in his much more primal form which has been one of the trademarks of the Heisei Era. Still having previously directed one of the most profitable entries in the series “Godzilla Vs. Mothra” and its follow up “Godzilla Vs. Mecha-Godzilla II” producers Tomoyuki Tanaka and Shogo Tomiyama certainly felt he was up to the task. Unquestionably though if this film was to be the final Godzilla film it certainly provided a suitably touching yet impressive end even if it ultimately would only mark the end of the Heisei era. At the same time the film contains a number of links to the original film, which not only sees Momoko Kochi reprising her role as Emiko Yamane the daughter of Dr. Kyohei Yamane in the original “Godzilla” at the same time his Grandson Kenichi (Hayashi) is also introduced here who as the resident Godzilla expert despite being a student and essentially only being tempted by a pretty face rather than you know saving the whole of mankind from being killed by an exploding Godzilla which is stated is powerful enough to cause the destruction of the entire planet, but hey whatever works right?


These links to the original film are not limited to key characters though as despite Dr. Serizawa seemingly taking the secrets of the Godzilla destroying “Oxygen Destroyer” to his grave in the first film, here it has been created again and as with all fantastical discoveries it is not long until an unwelcome side effect happens which being a Godzilla movie is in the form of monsters, but more uniquely in this case is the fact that these monsters start off small (well for Godzilla atleast) before mutating into a much larger form….twice! As a result of these changing forms the monster action is not only maximised with the smaller and more multiple form of Destroyah taking on the military before mutating into his larger forms form some more traditional city destroying action.


Destroyah is an impressive creation and more than a suitable opponent for what was expected to be Godzilla’s final battle with the battle ultimately requiring not only Godzilla, but also a now fully grown Manila and the JSDF to take him out, arguably making his toughest opponent to date, though by this same reasoning “King Ghidorah” would be considered tougher seeing how it took he combined efforts of seven monsters in “Destroy All Monsters” to defeat him. The battle with Destroyah though is unquestionably a tough one and certainly one of the hardest Godzilla has had since he faced off against “Space Godzilla” in the previous film.


Unquestionably it is ultimately a sad tone which overshadows the film, especially as Godzilla here is shown to be slowly dying as his body goes into meltdown, which also has the side effect of changing usual blue fire breath into a striking shade of crimson and impressive lightning bolts running down his spinal plates. Despite the efforts of the JSDF to prevent his meltdown ultimately when his end comes it is a suitably emotional scene and one only heightened by the score by Akira Ifukube. Okawara while he might be already handling a lot of pressure in providing a suitable exit for Godzilla, but clearly not afraid of taking a gamble he also kills of the now mature Baby Godzilla in a scene almost as emotional as Godzilla’s own death as he Okawara somehow manages to find a way to have this version of Godzilla still show the same amount of expression that his Showa form had with his humanoid characteristics. True it might be only a temporary death as Godzilla passes the torch of “King of Monsters” to his son but ultimately it is a gamble which really pays off here.


While onscreen there might have been some emotional goodbyes, this film would equally have some equally emotional ones behind the scenes aswell as this film would be the last film to be produced by Tomoyuki Tanaka, who since being responsible for the creating Godzilla had produced every film in the series (aswell as every Sci-fi film produced by Toho) with this film being his last before he sadly passed away two years later, with the American remake being dedicated in his memory. At the same his fellow “Four Fathers” member composer Akira Ifukube who most importantly was responsible for giving Godzilla his trademark roar also chose to mark his retirement with this film after being tempted back by producer Tanaka despite having handed over the reins to fellow composer Takayuki Hattori on the previous film and while his memorable themes would continue to live on in the films which followed, here his final score is a powerful mixture of  haunting music and heart breaking requiem alongside his ever rousing marches  ensuring that he unquestionable end his career on a unquestionable high note.


While this might not have been the finale it was originally planned to be for the series it is still another memorable milestone in the saga before director Okawara was brought back for one more turn in the director’s chair as he ushered in the final (to date) era with “Godzilla 2000” which also marked the start of the Millennium era. Unquestionably here though he provides one of the more memorable films even without the prospect of Godzilla’s death, as this film combines tight plotting and memorable action scenes to powerful effect and ultimately ensuring that the Heisei era went out on a high.

Next Time: "Godzilla: Final Wars" - The Millennium era aswell as the franchise is brought to a close (for now atleast) with director Ryuhei Kitamura crafting a film he described as being a "Best of album" for the franchise and in many ways a modern reworking of the classic "Destroy all Monsters". Needless to say Godzilla was going to go out with a bang as memorable faces returned to do battle one final time.
Posted by Elwood Jones at 14:32