A Fistful of Gojira Part 4: Godzilla Vs. Biollante 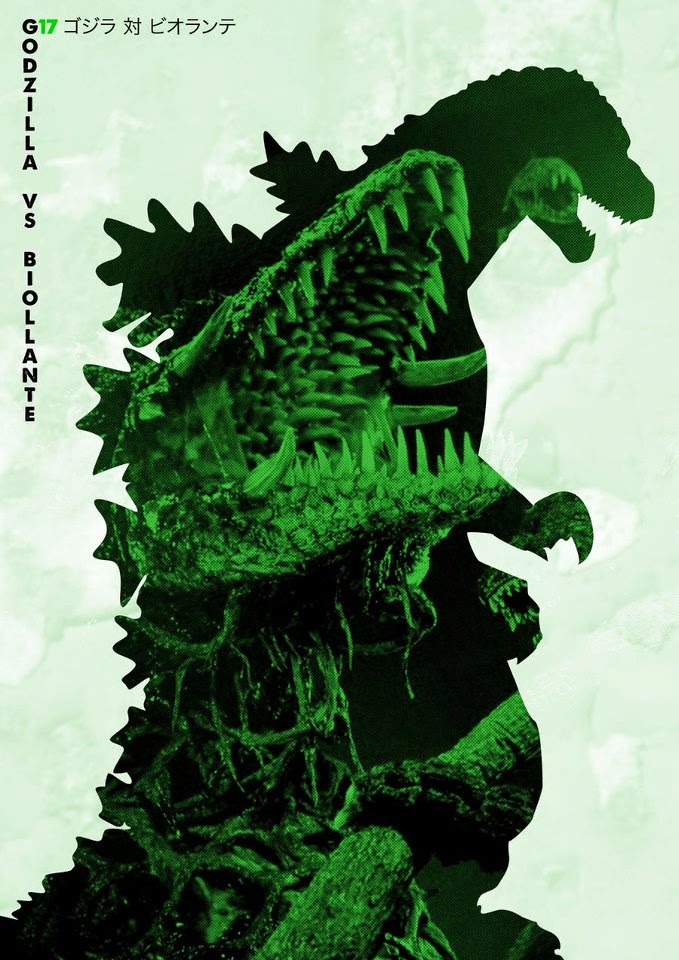 
Plot: Five years after the events of “The Return of Godzilla” Genetic researcher Genshiro Shiragama combines DNA from Godzilla with that of the Roses he has been studying, creating by accident the monster Biollante which soon attracts the attention of the newly released Godzilla.


Review: The second film in the Heisei era which rebooted the franchise 9 years after the “The Terror of Mechagodzilla” brought the Showa era to a close. The Heisei era not only ignored the events which followed the ending of the first film but also ushered in a new darker tone for the series as here Godzilla was no longer the saviour of Earth, but more the rampaging monster he originally was. This however was not to say that Godzilla didn’t involve himself in more monster smackdowns as outside of the first film in this era “The Return of Godzilla” it was business as usual only now the fights were seen as more of a Darwinian contest for territory and resources.


Producer Tomoyuki Tanaka keen to not recycle established monsters from the Toho catalogue instead for the film solicited script ideas from the general public, with the winning idea coming from dentist and occasional sci-fi writer Shinichiro Kobayashi, which inturn director Omori adapted into the final script. It should also be noted that this approach of not recycling classic would soon be scrapped with two movies which followed and which saw both Mothra and King Ghidora to memorable effect. Despite the fact that this film was based on an idea by a member of the public (doubt Hollywood will be taking this approach anytime soon) Biollante is unquestionably one of Godzilla’s more impressive opponents, let alone his tallest to date, something which Omori plays to great effect as he frequently shoots these monsters from the side to emphases the disadvantage Godzilla has from the start and something which is only further highlighted in the posters which were dominated by the image of this monster plant (aswell as one of the few female monster characters)


The showdown between Godzilla and Biollante while perhaps more limited than some of his other encounters, still has its share of impressive moments, while also noteworthy for being one of the more violent fights, yet at the same time it is a restrained level of violence as there is none of the blood spurts we saw in “Godzilla Vs. Gigan” but there is plenty of slime to substitute for it aswell as a nasty impalement when Biollante drives one of her vines through Godzilla’s hand. The Heisei era would sporadically contain these moments of violence as also memorable seen by King Ghidorah losing one of his heads in “Godzilla Vs. King Ghidorah, though again this violence would always be restrained like it is here and nowhere near the levels seen in the Gamera movies which never showed such restrain when it came to violence.


The suit work is great even if we hardly get any of the city levelling action we have come to expect from the series with most of the action taking place randomly in a lake which Biollante has decided to root down in.  It is however in the city wrecking scenes that we also get to see another rarity for the series in that collateral damage is being shown, while earlier films would frequently cover for the sudden absence of the local human population by showing scenes of crowds heading for underground bunkers. This scene would interesting tie into “Godzilla Vs. Space Godzilla” with the Heisei frequently finding ways to tie films together, even if one the surface they gave the impression of being standalone films like the later films of the Showa series in one of the many subtle changes the Heisei era as the series moved to mature with its audience.


One of my main gripes with this film though is with the pacing, which is ponderous to say the least, especially with the first 40 minutes being given to the human plotlines, which ultimately end up cluttering the film as too many characters are brought into play with around half of them really adding nothing but confusion to the plot, while most only purpose it seems is to trigger the events leading up the confrontation between the two titular monsters. On the plus side not all these human distractions are negative as we do get the fun of the Japanese Defence Force and their latest plan to stop Godzilla by rebuilding the “Super X” with the first model having been destroyed in the previous film, the mark 2 seen here this time comes with a new secret weapon in the form of the “Fire Mirror” which essentially reflects Godzilla’s flame breath back at him to spectacular effect even if the crew can’t for the life of them seem to aim the reflected beam, but then hasn’t wrong projectiles / weapons always been their calling card.


While Biollante would be a great addition to the Toho catalogue of monsters disappointing box office returns would see producer Tanaka returning to an established favourite for the next film “Godzilla Vs. King Ghidorah”, whose success would see the idea of new monster being put on the backburner for most of this era outside of the final two entries. At the same time this would be her only appearance to date and with the Toho currently having retired Godzilla for the time being it remains to be seen if the success of the latest American adaptation holds her reappearance in its future.

Next Time: "Godzilla Vs. Destroyah" - The Showa era comes to a close with one of the most memorable moments in the series...the death of Godzilla. A film which made news around the world in the lead up to its release as Toho prepared to give the American remake a clean slate to work with, the Big G prepares to take what looked set to be his final bow.
Posted by Elwood Jones at 00:21