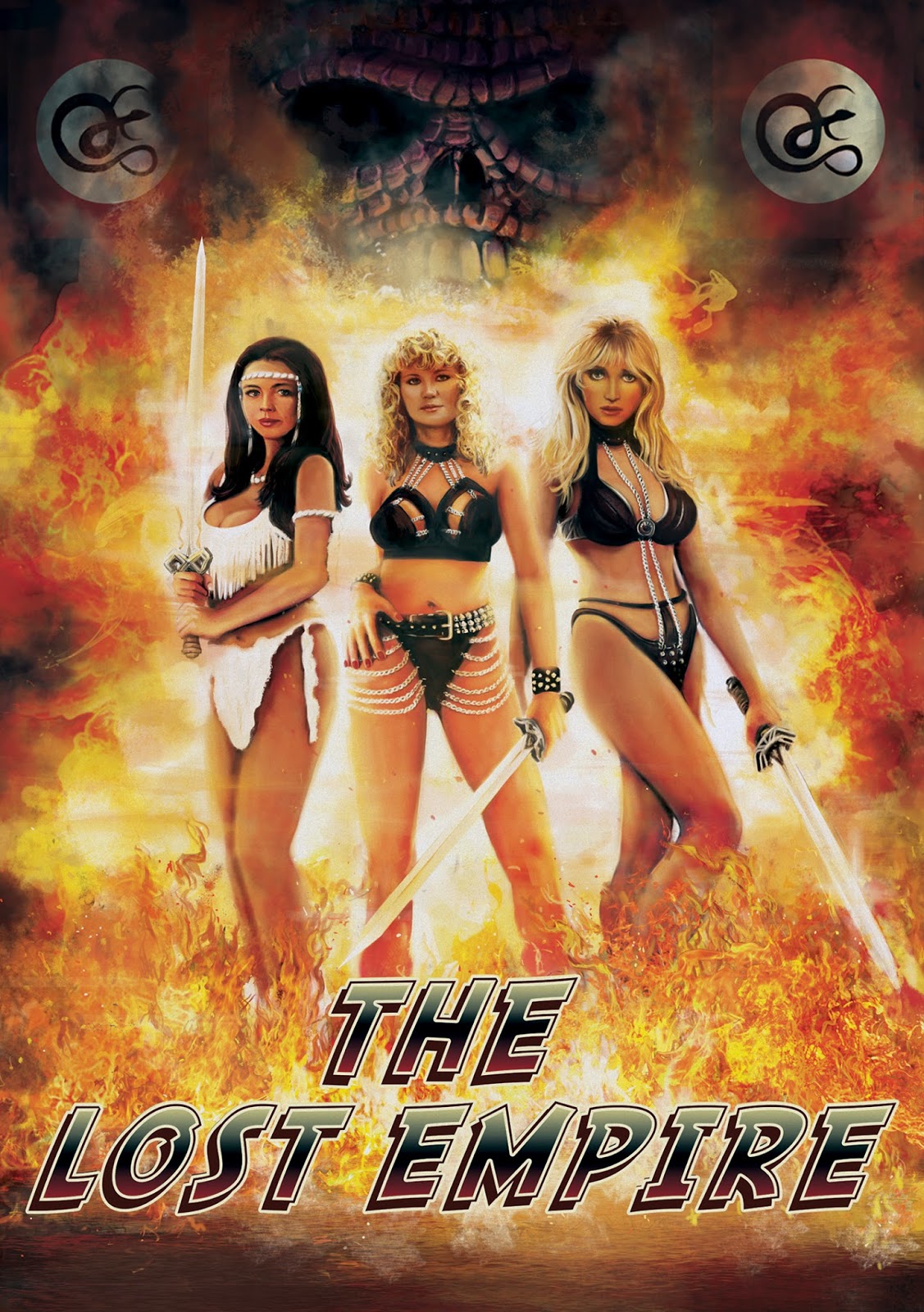 
Plot: When Police officer Angel’s (Vincz) brother is killed trying to stop a trio of ninja’s robbing a jewellery story, her investigation soon leads her to the mysterious Dr. Sin Do who is holding a martial arts tournament on his secret island fortress. Now joined by the native American White Star (De La Croix) and Prison brawer Heather (Aames) they head to the tournament with the aim of avenging Angel’s brother.


Review: Please allow me to start by saying that his film really is a true shameless guilty pleasure, was well as that this is actually my first experience with the work of director Wynorski who like Albert Pyun unquestionably has his fans and who over the course of the last 25 years has churned out over 150 films to date including possibly his most well-known film “Chopping Mall”. Despite this legacy this film has until now always remained one of his most elusive even to the director himself, who began working with producer Bill Dever in 2007 to track it down and re-acquire the rights, which has now lead to it finally getting its release on DVD.


Almost certain that this film could be both his first and last, Wynorski crammed into this film everything he loved, which it would seem included feisty attractive ladies, ninja’s, martial arts and questionable gorilla suits to all but skim the surface of the sheer random fun this film is. It would only be fate that despite being originally made as a tax loss for Plitt Theatres owner Henry Plitt (something Wynorski reportedly didn’t know at the time) the film would be so liked by Plitt that he gave the film a theatrical release.


Essentially a sexed up version of “Enter the Dragon” the seemingly also fancies itself as a female James Bond spoof seeing how it opens with the familiar Bond peephole which this time draws focus on a pair of large breasts. It should be noted that this is essentially a hint of what is to come as like the films of David Sedaris and Russ Meyer, Wynorski is unashamedly also a fan of cramming as many beautiful women as he can into his films and generally finding provocative situation in which to film them something which continues with his work to date.


Still despite this it would be wrong to dismiss this film as gratuitous T&A as there is atleast some attempt made at plotting, even if most of it is completely over the top, with the last half hour of this film being especially insane to the point were I was left questioning if they shot those scenes first or if Wynorski had just thrown caution completely to the wind knowing how random the rest of the film was already.


When it comes to the trio they are more a caricatures than with any form of realism as only highlighted by each of their introductions, hence Angel busting up a hostage situation at a school by riding a motorcycle down the hallway and punching out a random bad guy, while Heather is introduced by a prison yard brawl against a bull whip welding butch looking female dominatrix called whiplash, which essentially an excuse to include mud wrestling in the film. The weakest of the three though is White Star who just shows up on horse and spouts a bunch of Tonto-esq lines which I guess is kind of fitting seeing how Wynorski uses her character like a sexy version of Tonto.


It should also be worth noting that while the setup might be as a martial arts movie, there is actually very little martial arts action to be found here outside of the occasional kick or karate chop. This is especially amusing when it comes to the tournament were the competitors are told to expect a series of gratuitous challenges which will test their skills, only for the next scene to show the girls running around the grounds and through cones alongside shots of the girls being star jumps and pretty much anything else involving jumping to make the most of their general lack of clothing.  As such the whole competition plotline is quickly put on the backburner pretty much as soon as it starts, with only one fight actually taking place and that’s between Angel and one of Sin Do’s generic henchmen.


While I might not be aware of Wynorski’s work before watching this film, I’m now keen to see what else is hiding in his back catalogue of work as this film really was a blast from the start. Ultimately though this film is  mindless fun and the sort of guilty pleasure to sit alongside the likes of “Faster Pussycat Kill Kill” and “Return to Savage Beach” and with the self-acknowledging cheese factor that most modern b-movies seem to aim for as seen especially with the recent direct to sci-fi channel releases from the likes of “The Asylum” and after all what other film can boast a phallus shaped laser cannon?
Posted by Elwood Jones at 15:26