Shock Horror!! I Won An Award! 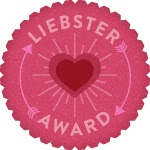 A blog is very much like each writers child and one which most of us view with the sort of parental pride, which see's you constructing the trophy shelf not long after they are born, only to often find that the child is a lethargic lump whose awful at sports and hence leaving your trophy shelf to gather dust. This in blogging terms is essentially the times when you wonder if anyone is actually reading your blog and if your just pretty much talking to yourself. It will also be around these times of doubt that someone will leave you a nice comment (or occasionally one to tell you that you don't know what your talking about in the case of "The Host") which restores the faith on what your doing.

However even more to my surprise was the fact that someone or more precisely the awesome "THEGREATWHITEDOPE'S mecha-blog-zilla"  has chosen to give me "The Liebster Award" which is the German word for sweetheart / beloved person.....I never knew he cared so much.

So the rules for possession of The Liebster Award are as follows:

1) Each person must post 11 things about themselves.
2) Answer the question the tagger has set for you.
3) Create 11 questions for the people you have tagged to answer.
4) Choose 11 people and link them in your post.
5) Go to their page and tell them.
6) No tag backs.

Okay so lets kick this off with

1. I have a worrying obsession with Collette Hiller, whose character of Ferro in "Aliens" was easily the coolest of any of the colonial marines.
2. My gran is possibly the person most responsible for my interest in horror movies, having spent many a misspent hour watching the likes of "Critters" and "Psycho". Her interest in horror films has also lead to interesting comments from her such as her opening a phone call with "Have you seen "I Spit On Your Grave" aswell as her recent comment that "Silent Hill" was abit timid!
3. I really like Pro-wrestling, no matter how much you want to tell me that its all fake
4. My fantasy diner party guest list would comprise of Quentin Tarantino, John Waters, Chuck Palahniuk, Elizabeth Wurtzel, Bret Easton Ellis and John Peel
5. I hate Musicals apart from The film version of “The Rocky Horror Picture Show” and "Calamity Jane".People just randomly bursting into song and dance is just wrong
6. I hate Karaoke were all your favourite songs butchered by strangers, yet I love Car-e-oke. I mean what else is the car stereo for??
7. My desk is always messy
8. I love Anaemic tea, but drink mainly coffee at work
9. My grandad was my biggest inspiration for me being a writer, having sparked the interest when he told me that I'd seen "Gremlins" so many times that I could write the script when I was a kid. This lead me to writing on his typewriter a questionable novelization of the movie. He was also responsible for creating a number for unofficial spin offs to "The Lord of Rings" were the characters dealt with slightly more trivial quests like trifle contests and soap box derbies, which he used to tell as bedtime stories for myself and my brother.
10. I love to read as much as I love movies and always have a book (or three) on the go, with my favorite authors including Bret Easton Ellis, Chuck Palahunik, Augusten Burroughs and David Sedaris

11. The first Godzilla movie I ever saw was "Ebirah Horror of the Deep" released stateside as "Godzilla Vs. The Sea Monster and sparked alongside "Destroy All Monsters" a life long obsession with Kajiu monsters.


Michele (The Girl Who Loves Horror)

Neil Fulwood (The Agitation of the Mind)

The 11 Questions He Wanted Me To Answer

1. Can you remember the first TV ad for a horror movie that scared you?

The one which sticks with me was the teaser trailer for the seriously underrated "Alien 3", with it's tagline of "Three Times The Terror" plus I'm sure the footage of Ripley with the Alien had been edited so that it had an additional set of Pharyngeal Jaws, but I'd be darned if I've been either the trailer or footage to prove that this wasn't just a childhood delusion.

2. Whenever you look through your movie collection (we all have them), what movie do you find yourself surprised that you even own?

"The Truth About Cats And Dogs" which is such a great romantic comedy, yet it looks so out of place amongst the rest of the collection which is essentially made up of cult, foreign and obscure movies.

3. We're all bloggers here; in your writing, what word do you find yourself misspelling most often? (mine is "teh";  I HATE THAT ONE!!!)

4. What is the least funny comedy you have ever seen?  This can be TV show or movie.

"Cop Out" is possibly the first film that comes to mind, especially as it really showed how far Kevin Smith had fallen from the glory days of "Dogma" and "Clerks". I find that he relies on fart and dick jokes way too much, which really stopped me liking "Clerks 2" especially with the whole donkey fucker scene.

5. Okay, describe Tom Cruise in one word (besides "short").

6. You have a chance to interview an icon of the horror acting world, living or dead.  Who is it and why?

Seeing how Collette Hiller (best remembered as dropship pilot Ferro in "Aliens") isn't really classed as an icon outside of my own personal (and perhaps healthily obsessive) opinion, my next choice would be Kane Hodder. Not only is he the embodiment of the Friday the 13th franchise by giving the most memorable performances of any of the actors who played Jason, with his raging bull style he brought to the part from Part 7 through to "Jason X" and now he is crafting another potential slasher icon with Hatchet's Victor Crowley. I guess his main appeal is how he is still not sick of talking about his iconic roles with the fan's who he has also a sideline in throttling for fan pics.

7. What was the last movie you saw that fully enveloped you so that you actually cared about what you were watching?

"Detachment" was possibly the last film to fully draw me in and it's such a shame that it will no doubt not get the attention it deserves, especially when Adrian Brody is so mesmerizing throughout, while every character seems to matter to the film and it's structure than being there simply to push the narrative forward.

DVD for myself, but that's mainly due to not being one of these folks who needs to keep up with every technological advance and no doubt the reason my TV is as old as it is, let alone the fact that I still own a VHS player....well I also have a top loader and a betamax which I for some reason I can't bare to part with.

I don't think that show was ever shown in the UK, but I have seen a couple of them with my favourite so far being "Gamera Vs. Barugon" if only for the line "Nothing missiles hate more than rainbows!"

10. What snack do you usually sneak into a movie theater?  Be honest.

I love sneaking snacks in, as I resent how inflated the prices are at the cinema from the ticket prices onwards. My usual snack of choice is chocolate covered peanuts or Chocolate Brazils. I did have at one point have a competition with my friend to see what the most random thing we could smuggle in was, of which the highlight was the cheese board we managed to smuggle in.

11. Are you answering these questions in your underwear right now?

Strangely no, especially seeing how I do spent a large amount of time walking around the house in them.

11 questions for the people I have tagged to answer

1. Who is your favorite Kajiu monster and why?
2. Were does your interest in movies come from?
3. You are being sent to your own private island so what book, film, album and luxury item are you taking with you?
4. What is the most underrated film of all time?
5. Is Noel Clarke the worst thing to happen to modern cinema and as such should be banned from any kind of acting / directing  / writing project or am I overreacting?
6. Why should people read more, rather than just waiting for the film version?
7. What is the scariest movie ever made?
8. What film is most memorable for traumatizing you as a child?
9. What are your golden rules of blogging?
10. How big is your watch pile?
11. What was the last scene in a movie which truly blew your mind?


Thank you again for this award and congratulations to everyone I awarded it to in return.


View this group on Goodreads »