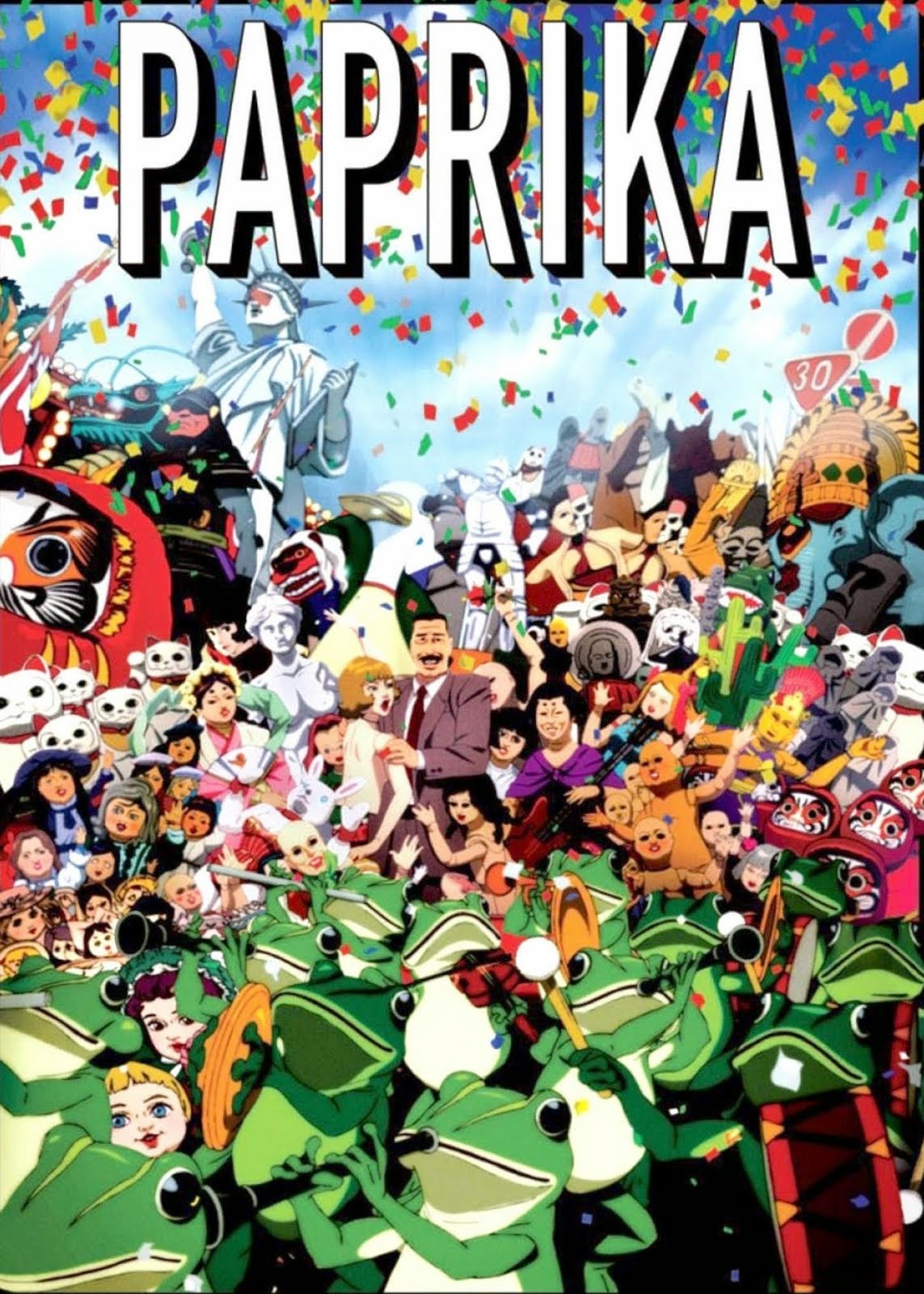 
Plot: In the near future, a device called the “DC Mini” has been created which allows the user to view people’s dreams. Heading up this treatment is Doctor Atsuko Chiba who also uses the machine to further her research outside of the  facility under her alter-ego Paprika. However when the machine is stolen all hell looks set to break loose as the line between dreams and reality becomes increasingly blurred.


Review: It is always a sense of sadness which accompanies each of Satoshi Kon’s films I watch, especially when they equally serve as a reminder of the seemingly unlimited creativity he processed which due to his untimely death from Cancer would ultimately total four films while his fifth “Dreaming Machine” still lingers in production limbo despite the efforts of the founder of Animation studio “Madhouse” Masao Maruyama which have suffered due to lack of funding for the project. As his final film before his death this film does however provide a suitable closing note to an unquestionably impressive, if yet at the same time still underrated film making resume which has in turn inspired the likes of Darren Aronofsky who drew inspiration for “Black Swan” from “Perfect Blue” while this film in particular would prove a key inspiration for Christopher Nolan’s “Inception” which only becomes all the more clearer when you watch the film.


Originally intended to be the follow up to his debut “Perfect Blue” it would however be delayed when original distribution company Rex Entertainment went backrupt, leading Kon to make “Millennium Actress” instead. Thankfully the wait would prove to be worthwhile as her Kon is clearly working at the top of his ability as he combines dazzling visuals with complex plotting, while at the same time further exploring the synergy of dreams and reality a theme which run throughout most of his films as well as his series “Paranoia Agent” but here he puts it up front and centre.


Opening with a blustering dash through the various dreams of Detective Toshimi Konakawa (Otsuka) which play like a series of random movie clips and see him not only engaging in a spot of Tarzan action but also taking the lead in his own spy thriller before Kon suddenly snaps us back into reality or atleast one of the many forms it takes in this world, with Kon quickly following up this attention grabbing opening with the zany opening sequence which see’s Chiba switching between her alter-ego Paprika and her real form while Kon sprinkles even the supposed real world with fun surreal elements as colourful adverts suddenly come to life as she passes them.
Even in the real world it is still one packed with fascinating characters with certainly the most memorable having to be the monstrously obese and childlike genius Tokita who created the DC Mini and who when we first encounter him has wedged himself inside a lift. The dreamscape however is where Kon truly lets his creativity shine with his centrepiece being a maniacal parade, comprised of various colourful characters which rolls on like an unstoppable tide and only continues to be added to as the dreamscape grows ever more out of control. Elsewhere Chiba as Paprika is able to manipulate the dreamscape to her advantage, turning herself into a fairy and even at one point taking on the form of Monkey (a reference possibly lost on those not up to speed on their Asian mythology) complete with staff and magic cloud! Of course the further she delves into the dreamscape the more twisted it becomes especially the closer she gets to those responsible for abusing the power the DC Mini provides the user with.


While the visuals might be exceptionally pretty to look at they are truly heightened by the electro heavy soundtrack composed by long term collaborator Susumu Hirasawa who once again pulls off something quite special, while many such as the parade theme and opening theme are exceptionally catchy while having that rare quality of working even when taken away from the film.


Unquestionably this is a film which requires more than one watch especially when the plotting can at times come off perhaps slightly unnecessarily complex in places, especially towards the end when the two worlds become fully blurred leading to some certainly impressive sequences, especially when you look at the level of detail in scenes like the parade, whose sheer variety of characters may even have you hitting the pause button to take them all in.


While this film like so many of his films might not be as well known outside of anime fan circles, I can really only hope that this film one day get exposed to a wider audience so that it will be rightfully refrenced alongside the likes of “Akira” and “Ghost In The Shell” when it comes to naming truly great anime, especially when it once again proves that animated films can provide the same thrill and wonder as life action, while providing a fitting end note (for now) to the remarkable career of Satoshi Kon
Posted by Elwood Jones at 22:11