Wow I Won An Award!! 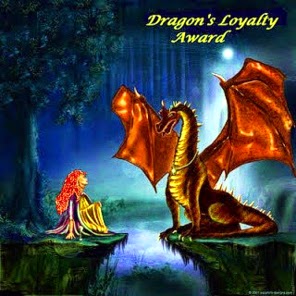 Recently I was honoured with “The Dragon Loyalty award by the Vern over at “The Vern’sVideo Vortex” and the “As You Watch Podcast”.


Now as these awards go there are rules to be followed which are as follow
So let’s kick off with the good stuff as I now get the honour of presenting the following bloggers with this award, who constantly manage to produce entertaining and informative work on their blogs, while continuing to prove that there is still great talents running blogs, especially in these times were it seems that most critics have switched over to video blogging.


And now here are seven facts about myself, whose level of interestingness I will leave for you to decide.


2)      My first piece of writing was my attempts to write down the script for “Gremlins” after being told by Grandfather that I’d seen it so many times that I could write the script. The end result though would probably describe as more of a junior novelisation, but it’s were my love writing started.


3)      I celebrated my 18th birthday not by going straight to the pub (the legal age to drink here in the UK) but rather by joining six different video stores, with eighteen also being the age that you could sign up for a card. While the stores have long since closed down I still carry their membership cards in my wallet.


4)      My childhood hero was Doug Mcclure and the star of such classics as “At the Earth’s Core”, The Land That Time Forgot” and “Warlords of Atlantis”. Your go to guy for seducing exotic ladies and punching anything which gets in his way. He was also the inspiration for Troy Mcclure on “The Simpsons” he was that darn cool!!


5)      Outside of the cult, foreign and obscure cinema I also have a love for documentaries which choose to focus on social subgroups such as old school gamers, punks, skaters etc. which lead to me to recently creating the spin off site “The Armchair Sociologist”.


6)      My favourite comic series is “Hack/Slash” which follows Cassie Hack and her gas mask clad man mountain of a best friend Vlad as they hunt down monsters called “slashers” due to how they all resemble movie slashers. Outside of this I am also a big fan of Deadpool whose movie adaption is the one comic book movie I’m excited about.


7)      I believe that 1999 is probably the best year for cinema and not 1984 as Todd over at “Forgotten Films” would have you belive.
Thanks again to Vern again for this award!
Posted by Elwood Jones at 13:50