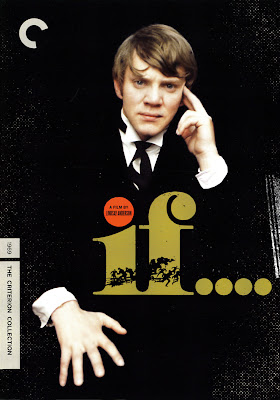 
Plot: Following Mick and his friends, as their fond feelings towards their boarding school are slowly pushed out as they suffer a series of indignities and abuse at the hands of the teachers and senior boys known the “Whips”, eventually leading to their violent rebellion.

Review: Every now and then I will encounter a film which by the time it ends I am left with the conundrum of how I’m actually going to actually review it. This was certainly the case here, as this is defiantly one of the more original films I have seen of late and one which rewards the patience of the viewer, while equally challenging them as the road to their rebellion slowly reveals itself as it proves itself to be just as memorable now as the year it was released. At the same time it is equally noteworthy for the screen debut of McDowell in a role which would lead to Kubrick casting him as the lead Droog “Alex” in his legendry “A Clockwork Orange” after seeing his surprisingly mature performance here and one which McDowell also considers his favourite.


While the plot might seem a fairly straightforward (well on paper atleast), Anderson instead chooses here to craft something rather different, as surreal imagery meets with the eccentricities of the boarding school system, while he highlights such old traditions as “fagging” were the first year boys branded here as “Scum” are made to act like servants for the prefects or “Whips” who have long since grown corrupt with the power they have been given. The film itself meanwhile is divided up into chapters which seemingly have no link to each other, apart from to highlight further the gradually increasing rebellious behaviour of Mick and his group, though it would seem the seeds have been sown long before we join them, with Stephen drawing comparisons between Mick and Guy Fawkes, while the boys cover their dorm walls with Mao, Che Guevara aswell as the Vietnam war which echo the political changes dominating the headlines at the time.


As the film progresses we are slowly introduced to the inner workings of the school, were the teachers frequently show eccentric behaviour and often suffer from various perversions as memorably seen with the Chaplain who frequently gropes and pinches members of his geometry class, while in an utterly bizarre scene we see Mick’s house master (Lowe) singing hymns while his wife tunelessly accompanies him on her recorder as the matron listening in next door is driven to near orgasm by the sound…well to each their own I guess. Elsewhere the whips are seen growing increasingly corrupt by the power they have been given by the faculty, even handing out corporal punishment, as seen during a brutal and prolonged caning of Mick and his friends which is only made worse when tradition demands that they shake hands and thank the whips when it is over. Anderson meanwhile ensuring that the lines between the establishment and Mick’s crusader’s is kept clear cut as he ensures that he can provide suitable justification for their final resolution.


No doubt Anderson could have shot this film in a more straightforward way than he chooses to here, instead drawing influence from Jean Vigo’s “Zéro de conduite” aka “Zero for Conduct”, which like this film drew extensively from its directors boarding school experiences. As a result the film gives us such surreal moments as the boys seeing how long they can hold a plastic bag over their heads, as the camera remains fixed on Mick’s asphyxiating face. Elsewhere things only getting increasingly bizzare with the headmaster being shown hiding the school Chaplin in a giant drawer in his office, or Mick suddenly engaging in an animalistic sex scene with a local waitress (Noonan) moments after meeting her, a scene which was only included at the suggestion of McDowell, who came up with it as a way to see her nude, even though many highbrow critics would no doubt apply some pretentious alternative meaning to the scene, much like the films infrequent switches between colour and black and white, which is less about artistic statement and more about the film running out of money during production so Anderson decided to save money by processing selected scenes in Monocrome. The effect is undeniably effective and one which helps to keep the viewer disorientated, especially when they frequently appear randomly and without warning.


Like Brando’s “The Wild One” this film has a legacy of controversy which has followed it since its release with critics at the time eagerly tying it the student protests sweeping through France at the time, which was only fuelled further by Anderson’s association with the counterculture of the time, while later critics have viewed it as a precursor to high school shootings like Columbine. The latter comparison though is an interesting one especially for while on the surface it may seem like an obvious influence, but only falls flat with alitle deeper digging, for while the Columbine killers were obvious psychopaths, Mick and his group are purposely directed at removing an evil blight, while carrying with him the motto that “One man can change the world with a bullet in the right place”. Needless to say it is hard to not side with their perhaps extreme and sudden retribution.


While perhaps not the easiest film to watch, it is hard to deny the frequently startling and memorable imagery contained within, while on first viewing the climatic shoot out a little anti-climactic especially when it is confined within the last ten minutes of the film, yet frequently talked about with such enthusiasm, that you would be mistaken for thinking that it is more than it is. Despite there is something to love about a purple rinse granny packing a machine gun. Certainly not a film to suit all tastes, but a fun curiosity for those who like to challenge themselves occasionally with their movie watching.
Posted by Elwood Jones at 15:52